The general knowledge of women’s role in the invention of beer, and the establishment of the industry around it, has largely been lost to the hands of time, and…. witch-hunters? 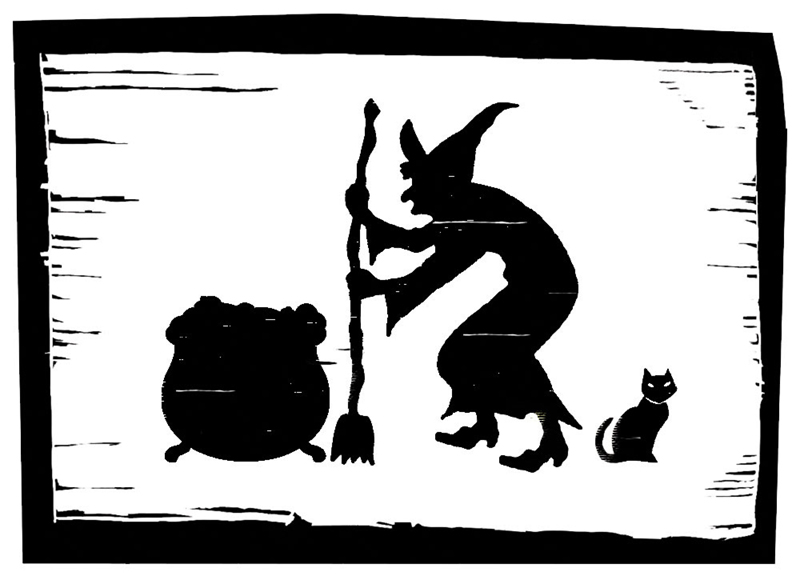 “Some 10 years ago, on a warm autumn afternoon, I saw a witch and had an epiphany – an overwhelming, instantaneous revelation that drew the threads of 30 years’ experience as a cultural anthropologist into crystal clear focus.” So began the late Alan D Eames in a piece he wrote before his death in 2007.

“She wasn’t a real witch,” he continued, “only a Halloween decoration resting in a shop window in a drowsy small town. This witch, a silhouette of jig-sawed wood, stood bent, old and ugly, broomstick in hand, over a foam-topped cauldron while her black cat gazed on. The cat, the kettle, the witch’s pointed hat and broom – all these details struck me full force. This cut-out witch woman was a brewster!”

And Eames should know. The so-called ‘Indiana Jones of beer’ travelled the world for decades in search and study of beer – from crawling into Egyptian tombs to read beery hieroglyphs, to voyaging along the Amazon to witness the process of brewing by chewing (the saliva converting starches in grain to fermentable sugars). But perhaps his most intriguing revelation was that the demonisation and persecution of witches was down to beer.

The material evidence for witches in fact being brewsters all stacked up, Eames believed.  The cauldron, with its narrow neck and fat round bottom, was exactly the same as the distinctive shape of the beer pot through the ages. And in many images of witches the cauldron even featured barm, or yeast, bubbling up and over the top. The tall, pointy witch’s hat was a lot like a common marketing tool used at fairs and festivals in times gone by to attract trade – among the throng of the crowd, the brewster must be seen in order to sell. Likewise the broom, or ‘ale stick’, originally placed outside a house to indicate beer was sold there – as villages turned into cities, in an effort to stand out on a crowded street, the broom was positioned, cantilevered, over the door (and thus the first pub signs were born). And finally, the cat, which was not so much magical, as practical, what with one of the greatest threats to keeping a store of grain being rats.

Historically, many myths and legends around the world include witches in some form, but to the ancient Assyrians, Egyptians, Greeks and Romans, they were not the ugly old crones depicted in contemporary fairy tales and brought out at Halloween, but beautiful, wise women.

It was in the middle of the 15th Century that things took a turn. This was when the church’s campaign against witchcraft erupted and thousands of women were tortured and burned at the stake. It was also around this time that men begun to brew within the walls of monasteries and church compounds. In 1445 the first ‘men only’ brewers’ guild was established. Prior to this, beer making was exclusively the dominion of women and virtually non-existent outside the home.

Coincidence? Eames thought not, and said his theory was proved in “dusty archives in France, Germany, and Scotland”.

“Court records hold minimal information regarding those accused of witchcraft – name, age (if known), and occupation. But in the last category, I discovered a clue. Zeroing in on the occupations of condemned women, I was stunned to discover that some 60% of those who had occupations, referred to themselves as brewster, alewife, or midwife,” he said.

“So, our notion of (evil, old) witch came along simultaneously with the rise and spread of the early Church, the birth of commercial, male-run breweries, as well as the creation of guilds for physicians and surgeons.” (Witches, of course, were au fait with the use of plants and herbs other than the grains used in beer, and thus posed a threat to traditional, male-dominated medicine, too.)

Whether you subscribe to Alan Eames’ fascinating notion or not, what is widely accepted is that it was women who first conceived of beer, thousands of years ago in Mesopotamia, Babylon, Sumeria, Egypt, as well as the Amazon basin. In male-dominated societies, brewsters were afforded power and status by their skills. But by the late 18th century, the household art of brewing had been overwhelmed by male owned and operated, large-scale breweries, and the association between beer and the feminine was forgotten.

But in recent years, women have begun to reclaim their rightful place in the profession they forged. 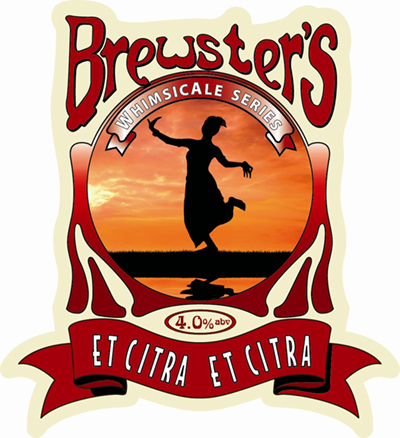 Among them, in the UK, is Sara Barton, who in 1998 founded her own brewery in Lincolnshire, called Brewsters; this was followed in 2006 by Petra Wetzel’s WEST Brewery in Scotland. When Welbeck Brewery opened in Nottinghamshire in 2010, Claire Monk joined the team as head brewer. In 2012, Sophie Atherton became the first woman to pass the UK Beer Academy’s beer sommelier test, swiftly followed by Annabel Smith. Later the same year Barton was named as the UK’s first female ‘Brewer of the Year’ by the British Guild of Beer Writers, and in 2013 Atherton crowned the first female’ UK Beer Sommelier of the Year’.  Also in 2013, Jenn Merrick joined North London’s Beavertown as head brewer, and more recently, Woodforde’s near Norwich appointed Belinda Jennings to the top brewing job. In 2016 Wetzel will open two new breweries.

CAMRA (Campaign for Real Ale) said that in the past five years, female alcohol drinkers trying real ale for the first time more than doubled, from around 14% to 34%. And its membership base (which has grown from 65,000 to 150,000 in the past decade) is now made up of 22% women.

Atherton said it’s a great time to be working with beer:  “The UK is benefiting from the opening of so many new breweries, brewers experimenting with recipes, and a shifting cultural attitude towards beer, so it’s no longer just the preserve of middle aged men, but being embraced by drinkers of all ages and both genders.”

While she acknowledged that there still is some way to go, “the very fact that I’m able to exploit that I’m the first woman to be a beer sommelier shows there’s still an attitude that beer is a male thing”, she said “everyone’s pretty respectful when it comes to me. I don’t come across anything directed at me for being female (in the beer industry) any more than I come across sexist bullshit in general.”