It is 50 years this month since the typographic symbol, the interrobang, was debuted to the world.

The first new punctuation mark for 300 years, it enjoyed a short but dazzling period of success in the 1960s. 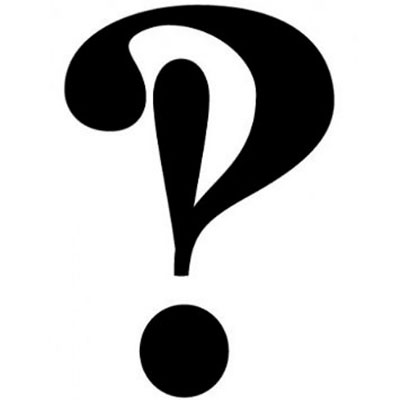 An interrobang is a combination of a question mark and exclamation point and derives its name from the Latin interrogatio, ‘a rhetorical question’, and the English ‘bang’, typographic and editorial industry slang for the exclamation point.

It was invented by Martin Speckter, a New York advertising executive and keen typographer (he was editor of the bimonthly journal ‘Type Talks’), and intended to capture the tone of a surprised or rhetorical question and do away with what Speckter called the “ugly construction” of using its two component characters.

Speckter introduced the interrobang in an article in the March-April 1962 edition of ‘Type Talks’, declaring that finally the world had a symbol which “clearly combines and melds interrogation with exclamation”.

He used the greeting ‘How do you do?’ as an example.

“We all know the other fellow really doesn’t want information with this salutation,” Speckter wrote.

“He’s trying to indicate a hearty interest in our well being. But if you write ‘How do you do!’ it makes him out a churl, a superficial type who doesn’t give a hang about the other chap.

“There’s where use of an interrobang could contribute nuance and clarity.”

Speckter’s innovation was soon picked up by the media at large, including The New York Herald Tribune which hailed it “true genius” in a column on April 1, and the Wall Street Journal which dedicated an editorial to it on April 6. 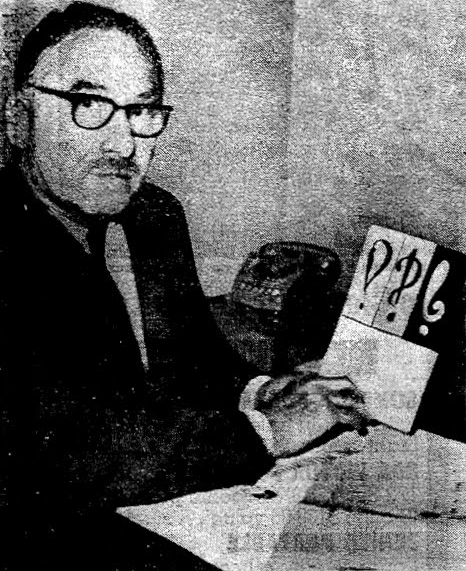 While the idea of the character was enthusiastically received, its application wasn’t quite so simple. On a typewriter one could type a ‘!’ then go back and overstrike it with a ‘?’, but typesetters didn’t have such flexibility and for use the symbol either had to be hand-drawn afterwards, or a new letter block specially made (a costly and time-consuming effort).

The interrobang got its proper breakthrough a handful of years later when graphic designer Richard Isbell included it in his new font, Americana.

The achievement was reported by Time magazine in an article in July 1967 – the interrobang was the first new symbol since the quotation mark in 1671 to enter the printed language.

In September 1968 Remington Rand, the typewriter manufacturer, announced that it would offer the interrobang as a special interchangeable key for its Model 25 electric typewriter. Smith-Corona followed suit in 1969.

In those final years of the ’60s the interrobang enjoyed widespread appreciation and media attention, including Newsweek and Life magazine features. Several press articles noted that “typographers are said to recommend (the interrobang) for its ability to express the incredibility of modern life”.

But sadly it was all short-lived.

While the general public embraced it, and the advertising industry enthusiastically deployed it, the interrobang’s stumbling block to real success and acceptance was the language purists who weren’t convinced of its necessity or its grammatical accuracy.

And alas, by the early 1970s the so-recently-celebrated interrobang had all but disappeared into obscurity.

It went virtually unnoticed when, in 1996, the interrobang was officially recognised in the 10th edition of Merriam Webster’s Collegiate Dictionary, listed under the definition for punctuation.

It was Keith Houston’s Shady Characters website articles of early 2011 that first introduced me to the interrobang (and I owe him a debt of gratitude for his thoroughly researched and heavily citated work, which has helped me put this piece together).

I had long been a user of (the “ugly construction” of) ‘?!’ at the end of sentences, so it was with joy that I learned about the existence of the interrobang and with fervour that I adopted it for use.

And suddenly, I discovered that this character, apparently forgotten for forty years, in fact enjoys a loyal – some might even say cult – following.

I learned that it is included in the Unicode computer character set, its name has been adopted by various businesses, bands and publications, and its symbol by the New South Wales state library and sell-it-yourself crafters (I bought a hand-made skirt printed with it). There are Facebook pages dedicated to it, and even a browser plug-in to make for easier insertion online.

One imagines that if Martin Speckter (who passed away in 1988) were alive today to mark the interrobang’s 50th birthday, he’d be self-satisfactorily thinking: ‘How about that ?!’