Star Specimen: A Book On The Evolution Of The Book On Evolution

Behind the Scenes at the Natural History Museum

The topic of this blog post is quite possibly the newest specimen in the Museum’s collection, as it was just a matter of hours ago that it was catalogued. It’s also the first specimen I’ve played a part in acquiring.

The specimen I am talking about is Charles Darwin’s groundbreaking book ‘The Origin of Species’, which set out the theory for how new species evolve by the process known as natural selection. But the version of the book that is now officially call number 9C o DAR ORI in our library, and which I am writing about today, is a unique one.

The Museum’s library contains the largest collection of Darwin’s works in the world, including 541 copies of ‘The Origin of Species’ in 43 languages, including Braille.

Today, that number has risen to 542 with the addition of a ‘variorum’ by graphic designer and typographer Simon Phillipson. Simon’s ‘Origin of Species – Evolutionary Edition’ is a book on the evolution of the book on evolution, if you will. He explains:

“It highlights all the linguistic changes Charles Darwin introduced to the book since its first publication in 1859, and presents the changes alongside the complete sixth and final edition that was published in 1872. So now you can compare all the alterations Darwin made to each of the editions.” 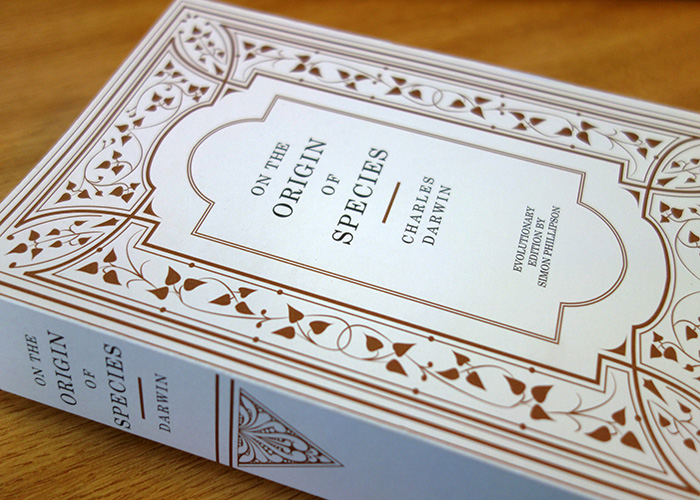 This typographic-inspired book has 964 pages, plus a fold-out Tree of Life diagram, and is printed on thin, bible-like paper. On the left hand pages is every punctuation mark, word, sentence and paragraph that has been removed from, edited, or added to Darwin’s classic opus over the past century and a half. The right hand pages contain the full text of the sixth edition with words highlighted in metallic bronze ink where they correspond to the text on the left.

“You see a lot of tightening up on statements and alterations of words to make an argument more factual or to emphasise its significance, for example. There are also a lot of grammatical and spelling changes too. The thing that struck me the most is that when reading this you really start to get a sense of the man behind the book: where he doubted his ideas, or struggled in phrasing particular sentences due to religious pressure. For example the reference to a god or the creator dips in and out throughout the editions. You can also see how over time he took his own voice out of the book, making the wording more factual, or formal, than personal.” 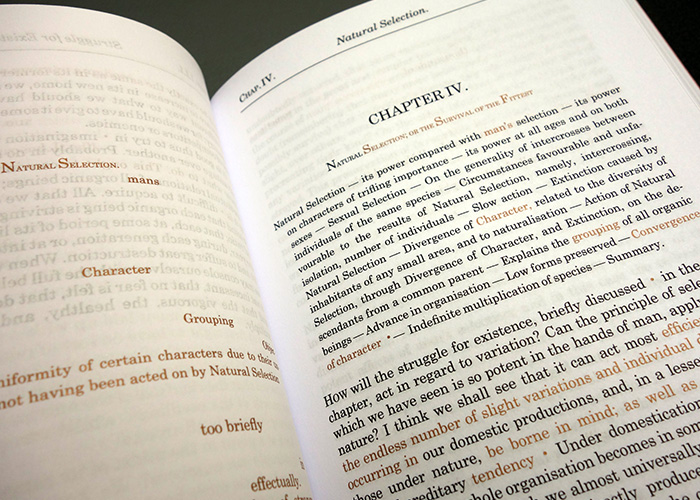 The book was made possible thanks to a crowd funding campaign last summer that raised more than five times Simon’s initial goal. But the idea for the Evolutionary Edition first began around 2009 while Simon was studying for his graphic design degree in London.

“I was listening to an adaptation of ‘The Origin of Species’ as an operatic performance by Hotel Pro Forma and Swedish musical group The Knife, and that started to get me thinking about how I could also reinterpret or present this book in a new way. This led me to start reading into the background and history of Darwin, and I became curious about the different editions that he wrote.

“It is important to mention that comparing the text of different editions, such as Shakespeare or Darwin, is not a new or original concept. But with my background as a graphic designer and typographer, I wanted to take this variorum concept and create my own interpretation. I wanted to present all the changes Darwin made in a visually engaging and interesting typographic way which people would be able to pick up and explore for themselves.”

I, along with 779 other backers, agreed that Simon’s concept indeed sounded engaging and interesting and pledged my support. I have since been eagerly awaiting the arrival of my copy of ‘Origin of Species – Evolutionary Edition’, and carefully following Simon’s updates on the long and involved process of making his grand idea a reality. When I told Judith Magee, the Museum’s Library and Archives Special Collections Manager, about the book she was intrigued and keen to receive a copy to add to our Darwin ‘Origin of Species’ collection.

Simon says: “It goes without saying that this is an incredible honour and also one of the biggest surprises. I certainly never expected anything like it. I still very much consider myself to be a Darwin novice! The support for this project has been completely overwhelming. In all honesty it is hard to put into words, but it is down to all the great support from all my backers of this project who have all played an important role in getting the book to sit amongst the largest Darwin collection in the world.” 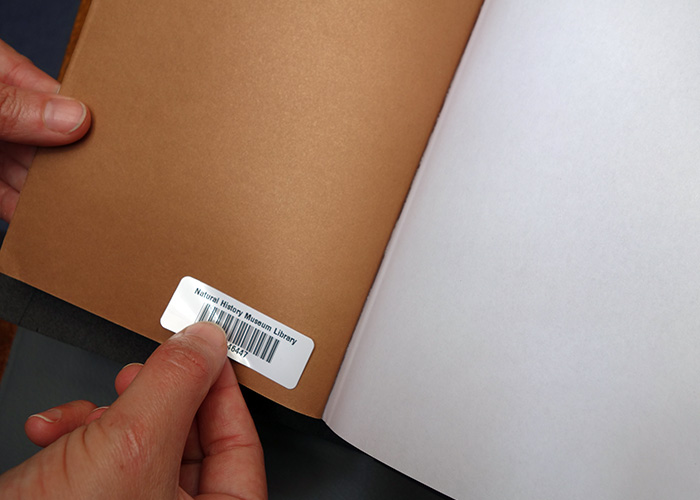 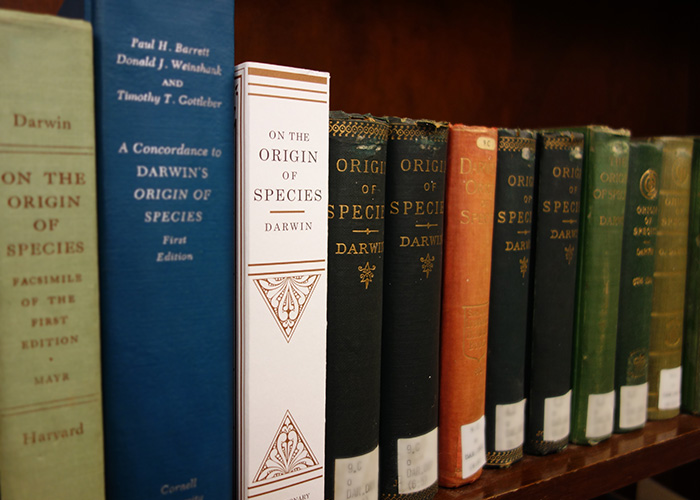