Queens Of The Stone Age

Scientists have determined that the spread of culture, technology, and ideas in Central Europe during the transition from the Stone Age to the Bronze Age was largely down to women.

An analysis of ancient skeletons buried in present-day Germany has revealed that almost all the males were local to that area, while the majority of the women had travelled from much further afield.

“There’s this silly, outdated narrative that it’s always been the man that goes out into the world and the woman stays at home. Our research shows it’s the opposite,” says Professor Philipp Stockhammer, the lead scientist on the research project.

“What we found is that women were the major players in the trans-regional exchange of knowledge in European at this time, which was crucial for societal transformations,” he says. 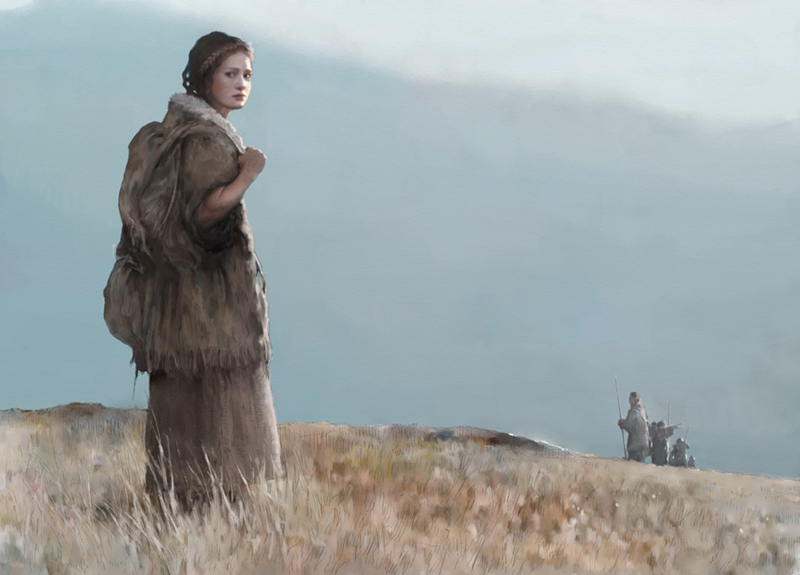 Stockhammer – Professor for Prehistoric Archaeology at the Ludwig-Maximilians-University Munich, and Co-Director of the Max Planck Harvard Research Center for the Archaeoscience of the Ancient Mediterranean at Jena, both in Germany – began working on the project with a team of researchers in 2012.

They examined 84 skeletons buried between 2800 and 1500BC in what is now the Lech River valley in southern Bavaria, Germany.

Using DNA samples, and isotope data extracted from teeth to determine geographical origin, the scientists discovered striking patterns of what they call “patrilocality” – men staying local to where they were born. Conversely, the majority of the women – at least two thirds – were found to have travelled large distances to get there; some of them from up to 600km away.

By analysing the isotopic signature of molar teeth – which in humans develop at three distinct ages as we grow – it was determined that “foreign” women were coming into the farmsteads of the men when they were around 17 years of age, and “bringing innovation with them”.

These women were found to have come from “the technology centres of their time”, such as modern-day Eastern Germany, and Bohemia, in what is now the Czech Republic. And one of the major innovations they brought with them was bronze production and casting technology. 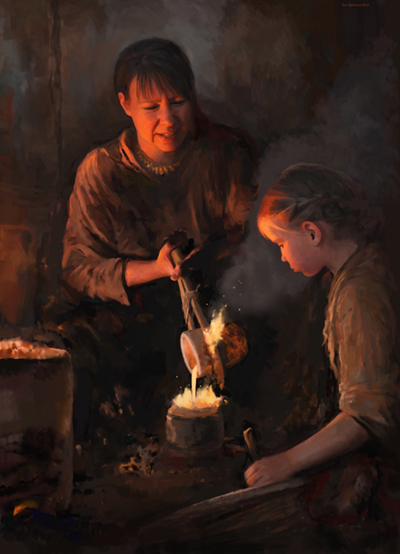 “Before the women came, [the locals] were just hammering copper. The refined bronze technology was brought by foreign women,” Stockhammer says.

Prior to this research project – the results of which were published in September 2017 – the extent of the mobility of women was “completely underestimated”.

“Our results attest to female mobility as a driving force in knowledge transmission in a time of major innovations.”

While Stockhammer wouldn’t go so far as to say women were responsible for the transition from the Stone Age to the Bronze Age, he did say that “women played an active role in this”.

“We can say that the spread of bronze technology was crucial for the starting of the Bronze Age, and women had a crucial role in spreading that technology.”

And the evidence couldn’t be timelier: breaking down gender stereotypes at a time when the women’s movement is experiencing an increased level of activity and visibility.

“We were really lucky to have the perfect result at the perfect time. The outdated narrative about the ‘roles’ of women and men has to change,” he says.

But it’s not a change that everyone has been willing to accept. Stockhammer says he and his colleagues had a “very unhappy time” in the wake of the research paper’s publication.

“I got so much feedback from angry men. They kept arguing that men were responsible for [the spread of] technology, but our research shows the opposite.

“We’re living in the 21st century – isn’t it shocking that people aren’t open to the narrative going in a different way?!”

But, he concedes, at least the revisionist results – the extent and conclusivity of which Stockhammer says surprised even him – meant the research was written about. And the professor hopes that it is in the “small daily conversations” that his work can help inspire change.

“It might be that in a small town somewhere there’s a women whose husband says ‘I’m going out to work and you must stay home, because that’s the way it’s always been’. And she might be able to say, ‘Well, actually, I read an article that says it was the other way around, so I’m going to go out to work and you can stay home’.”