In the 1820s, the tallest building in London was St Paul’s Cathedral, at 111 metres high.

But architect Thomas Willson had grander plans. In 1829 he proposed to build a massive granite pyramid on Primrose Hill. It would rise 290 metres and cover a site of 18.5 acres.

Willson declared: “(It) will go far towards completing the glory of London.” 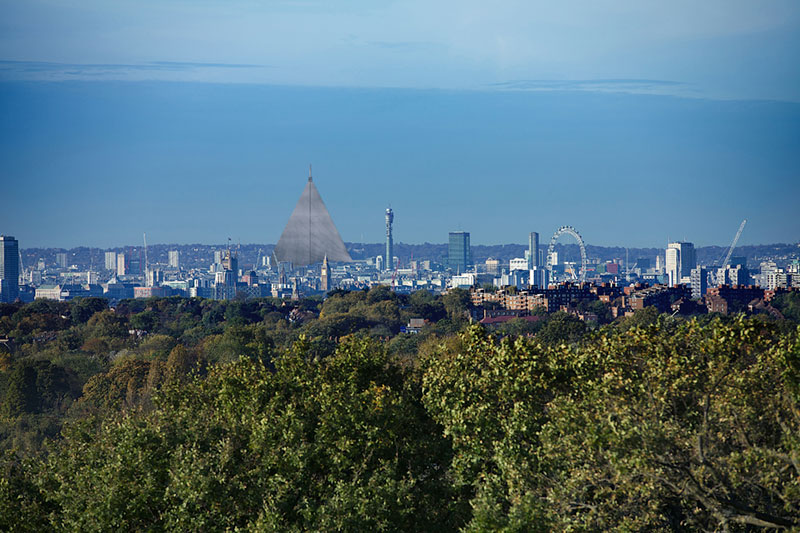 More than that, it would go a long way to solving a critical problem in the city at the time: too many dead bodies and not enough ground to bury them in.

For Willson’s planned pyramid was a mausoleum, with the capacity to house 5 million bodies over 94 storeys in a honeycomb of catacombs.

“It will teach the living to die, and the dying to live forever,” Willson claimed. But the public, and parliament, wasn’t convinced, and instead George Frederick Carden’s proposal for Kensal Green Cemetery (the first of London’s ‘magnificent seven’) was implemented.

But, had it come to fruition, the pyramid’s height would have taken 180 years to be eclipsed by The Shard, and then only by 18 metres.