Edwin Herbert Land was a visionary scientist and inventor who 70 years ago changed the picture-taking habits of people around the world, the result of which is still felt today.

Land pioneered a technique that produced fully-developed photos at the touch of a button, ideal for capturing and sharing everyday moments. The Polaroid camera was to the 20th century what the smartphone and social network are to the 21st.
His defining idea came during a family holiday in 1943.

“I recall a sunny day in Santa Fe, New Mexico, when my little daughter asked why she could not see at once the picture I had just taken of her,” he recounted years later. “As I walked around the charming town I undertook the task of solving the puzzle she had set me. Within an hour, the camera, the film and the physical chemistry became so clear to me.” 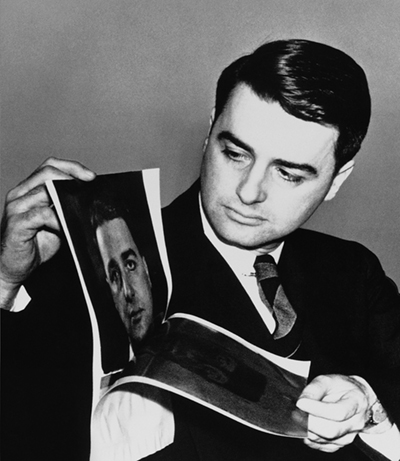 Land demonstrated his new invention with a large-scale prototype at a meeting of the Optical Society of America in 1947, announcing it would “make it possible for anyone to take pictures anywhere, without special equipment for developing and printing and without waiting for his films to be processed.”

He had conceived a type of photography “that would become part of the human being, an adjunct to your memory, something that was always with you”, he said.

The ‘instant’ process (it took about a minute in reality) worked by exposing a negative and bringing it into contact with a positive print sheet. As the two parts were drawn through a set of rollers, a pod of chemicals was ruptured, developing the negative and superimposing the image onto the photosensitive paper.

The New York Times reported: “There is nothing like this in the history of photography.”

Steve Herchen, a chemist who worked for Polaroid for 30 years from 1977, and is now chief technology officer of the Impossible Project (of which more later), said: “Polaroid film is, in my estimation, the world’s most chemically complex completely man-made product ever.”

In November 1948 the first Polaroid, a Model 95 Land Camera, and Type 40 roll film, went on sale. Just 60 Model 95s were produced in the first instance, 57 made available in a single department store in Boston, and all stock sold out in one day.

Land’s designs and processes evolved across three further camera types with multiple iterations therein, plus variations in film format and colour. The millionth camera rolled off the production line in the late 1950s, and by the ‘60s Polaroid estimated that half the households in the United States owned one of its cameras. When the OneStep Land Camera was launched in 1977 it became the best-selling camera in the US, instant or conventional. By this time 60 million Polaroids had been sold worldwide, and a billion instant photos were being shot each year.

In the introduction to a small book of his own Polaroid photos released in the 70s, Land wrote: “A new kind of relationship between people in groups is brought into being…when the members of a group are photographing and being photographed and sharing the photographs.” He believed that his products, at their core, brought people together and changed the nature of human interaction. It’s a sentiment echoed by social media companies today. 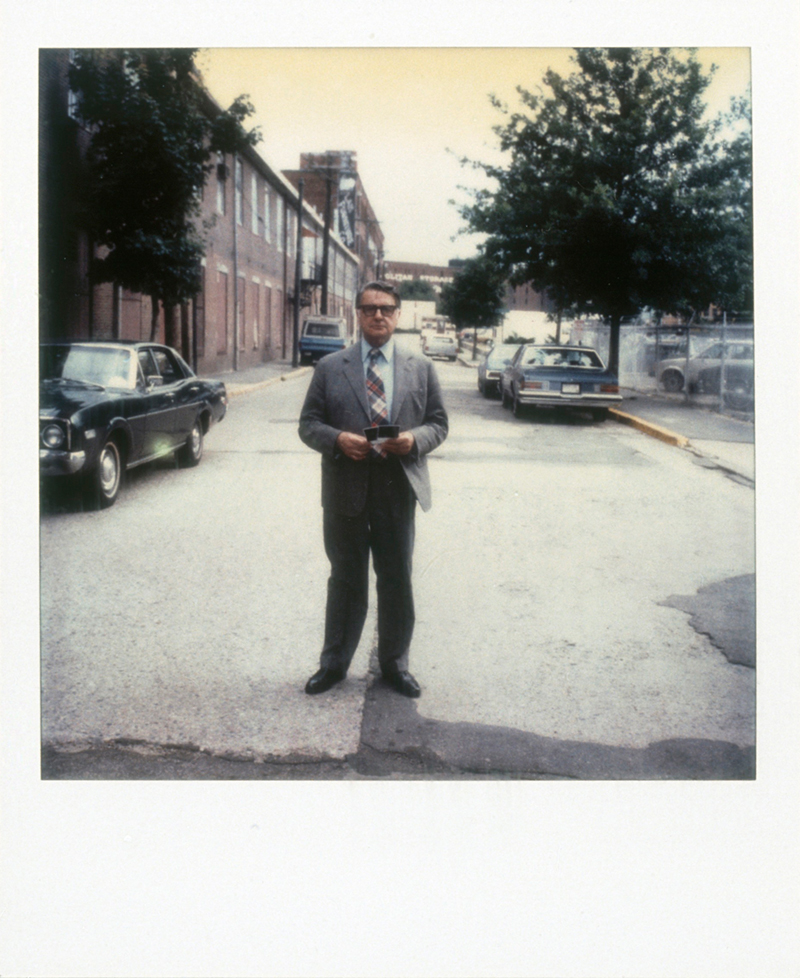 Land retired from the Polaroid Corporation in the early 1980s, but carried on in the field of light and colour research, founding and funding the Rowland Institute of Science at Harvard University.

Despite never completing his own Harvard degree, in 1957 Land was awarded an honourary doctorate for his scientific achievements. He had patented his first invention – a thin plastic sheet that removed the glare from light – in 1929, and over the course of his career was granted 534 more, achieving a total second only to Thomas Edison in the US.

Following his death at the age of 81 in 1991, The Royal Society, of which Land was a Foreign Member, wrote: “He has had few peers in the advancement and application of natural science to everyday life. Land’s achievements spanned the disciplines of art, science, technology and commerce.”

The late Apple co-founder Steve Jobs, often cited as a successor to Land’s innovator crown, and who explicitly said he built Apple on the Polaroid model, concurred: “Not only was he one of the great inventors of our time but, more important, he saw the intersection of art and science and business and built anPhotograph organization to reflect that. The man’s a national treasure,” Jobs said.

Today, Land’s spirit lives on in the Impossible Project, a company founded after the Polaroid Corporation ceased film production in 2008. The company is named after an Edwin Land quote: ‘Don’t undertake a project unless it is manifestly important and nearly impossible’. The Impossible Project bought Polaroid’s last remaining factory in the Netherlands and reinvented the recipe for instant film. It has since gone on to produce 35 varieties of film, as well as the Instant Lab, a camera device that produces instant photos from smart phones and tablets, and features a design nod to the bellows of Land’s folding cameras.

Instagram, the first photography-based social network, launched in 2010, also takes obvious cues from Polaroid – in the aesthetics of its filters and square format, and the distinctive rainbow stripes in its logo. At start-up, the company’s founders adorned their shared San Francisco office space with Polaroid Land cameras as a source of inspiration.

Barbara Hitchcock, who worked as director of cultural affairs at Polaroid from the 1970s, said in a recent interview:

“Innovation, imagination, and creativity were the mantras of Polaroid. Land was an educator, a leader, a scientist, a physicist, a renaissance man, (but) at his heart, he believed he was an artist. You thought you were going to work for a technology company and you found yourself dealing with an artist. It was magical, in a way.” 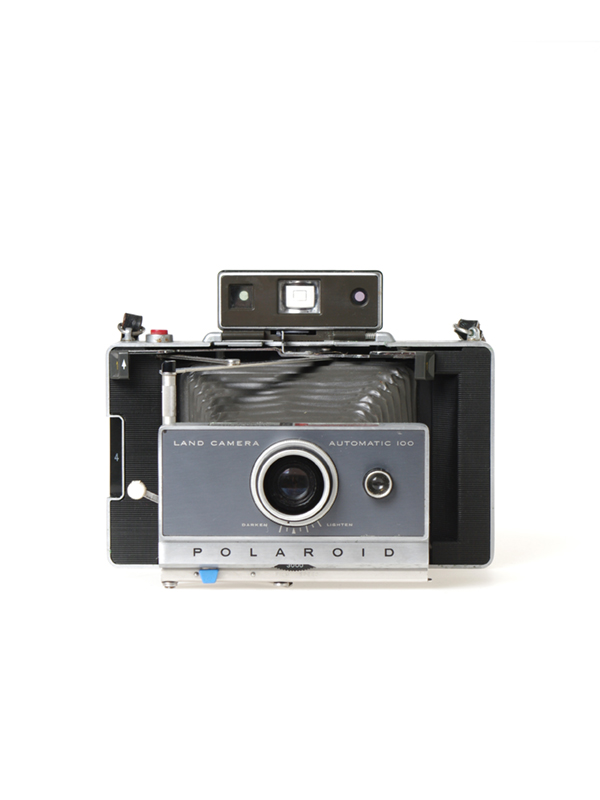 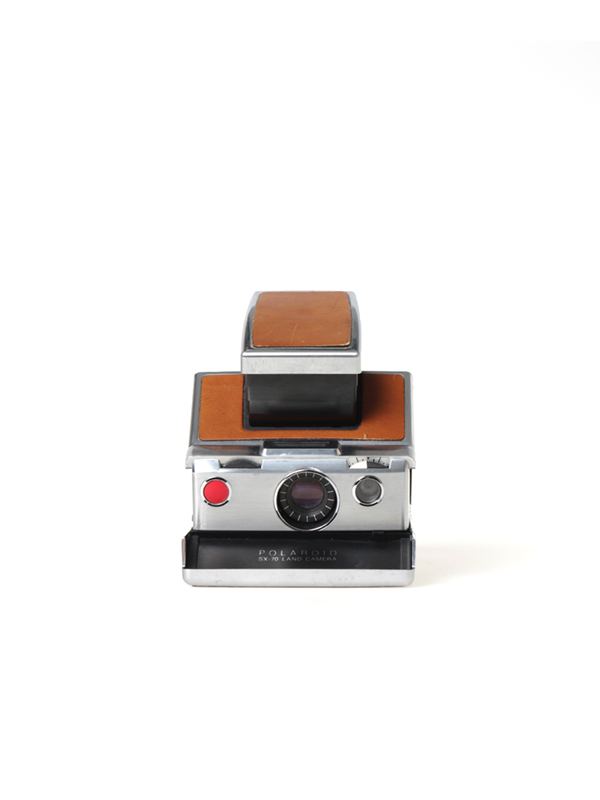 SX-70, Launched 1972: A folding single lens reflex camera, the first instant SLR in history and the first camera to use Polaroid’s new integral film (ie: the camera is powered by a battery built into the film pack). It features a 4-element 116mm f/8 glass lens, an automatic exposure system, and allows manual focus as close as 26cm. 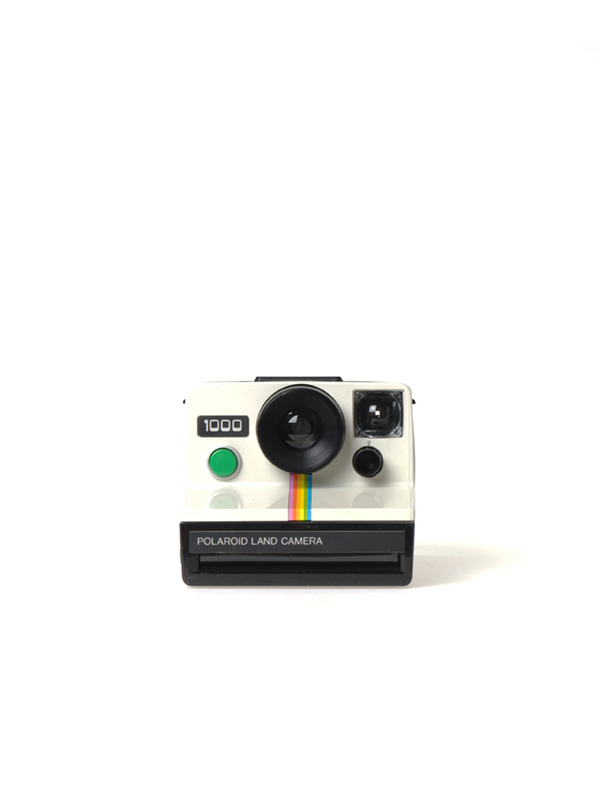 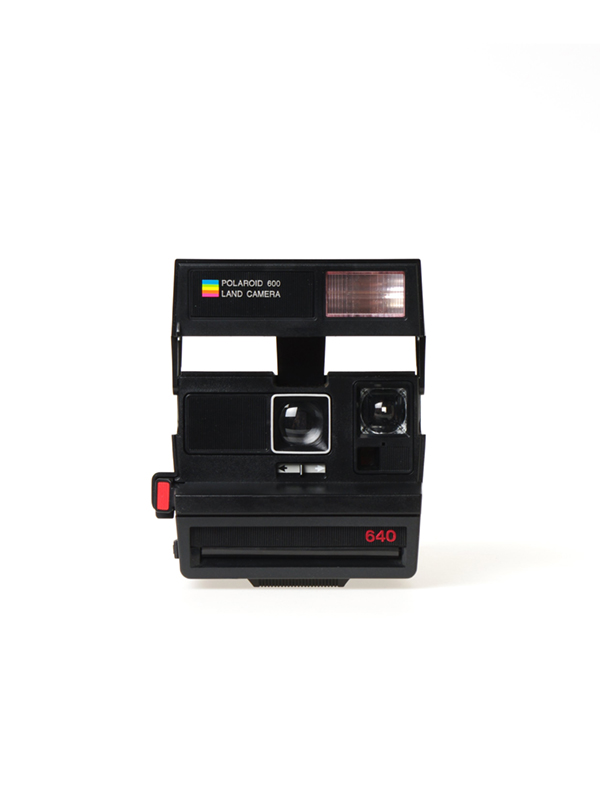 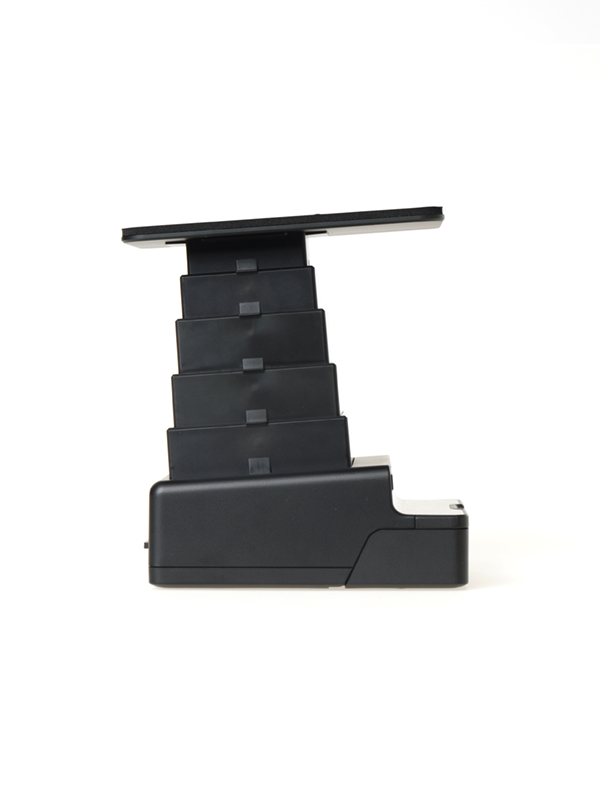 InstantLab, launched 2013: A plastic-bodied folding camera that uses a lens to project images from smartphone or tablet screens onto instant film, with a manual exposure start-stop process. It uses Impossible Project SX-70 and 600 integral film, or Instant Lab film. 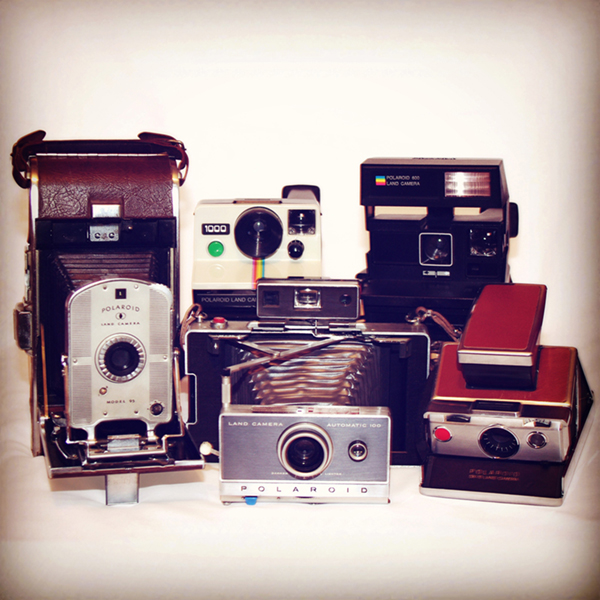