Though it occupies a site which has been a centre of power since at least the Middle Ages, London’s iconic Palace of Westminster – or Houses of Parliament, as it’s more familiarly known – is just 150 years old.

But inside its ornate Gothic-revival exterior, past the contemporary accessibility features and gun-carrying police, the sense, and substance, of history goes back a lot further.

Through one high-ceilinged, wood-panelled room and hallway after another, under arches and vaults, and past innumerable oil paintings, one arrives at Victoria Tower. The 98-metre-tall square column stands over the royal entrance to Parliament, at the opposite end of the building to Big Ben.

Built in 1860, following the 1834 fire which destroyed most of the previous incarnation of the Palace, the tower houses the Parliamentary Archives, a collection of three million papers, parchments, photographs and journals documenting the proceedings of parliament in the capital. Among this number is 60,000 goat skin scrolls (and more recently, booklets) on which are written or printed every law that has been passed by the Parliament at Westminster, dating back to the late 15th century. 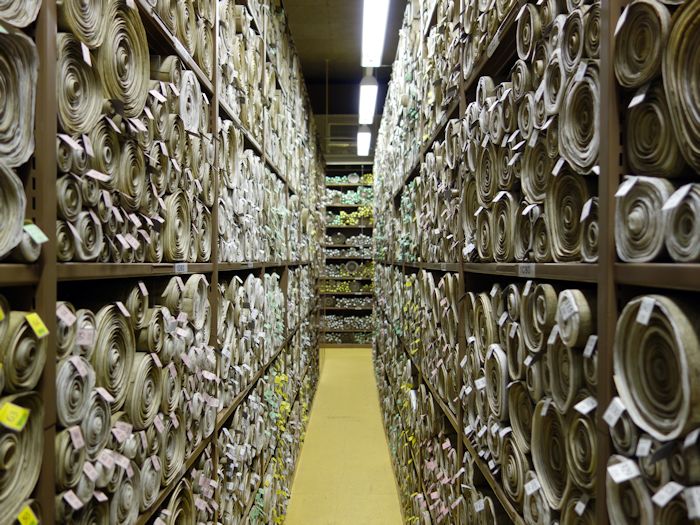 The archives occupy 12 floors of Victoria Tower, which is fire proof and temperature-controlled at a steady 16.5 degrees and 55% relative humidity. Although the tower has been modernised several times, an original cast-iron spiral staircase survives part of the way up, and each floor contains several rooms protected with heavy iron doors.

Inside, the rooms aren’t particularly big, and the steel shelving that lines the walls and makes up the aisles is pretty standard. But the scrolls that sit on those shelves are as impressive historically as the repeat pattern of their spiral ends is aesthetically. To the end of each scroll is attached a numbered plastic tag, denoting the monarch who gave it assent, and the year of that monarch’s reign. Each monarch has a different coloured tag from the last. 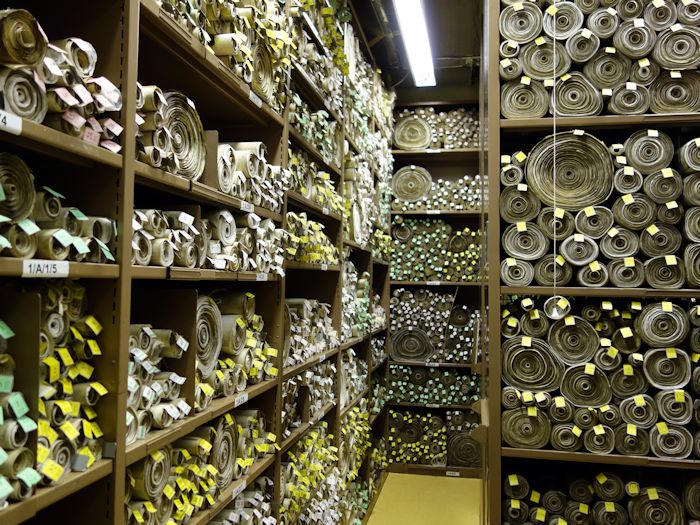 The oldest act in the collection is one given royal assent by the spidery scrawl of Henry VII in 1497 that allowed “the taking of apprentices to make worsteds (a type of yarn) in the county of Norfolk”. The largest scroll is an 1821 land tax act, which measures 350 metres when unrolled – longer than the Palace building itself. The smallest scrolls are private acts, for decrees such as naturalisation and divorce, both of which required parliamentary approval until the mid-19th century. One of the most significant items is the 1649 death warrant of Charles I, the first monarch to face formal legal proceedings in a court established by parliament. He was accused of treason, and his refusal to enter a plea before a court whose authority he denied was considered a confession, and he was sentenced to death by beheading. The death warrants of two of Henry VIII’s wives, Anne Boleyn (1536) and Kathryn Howard (1542), form part of the collection, too. 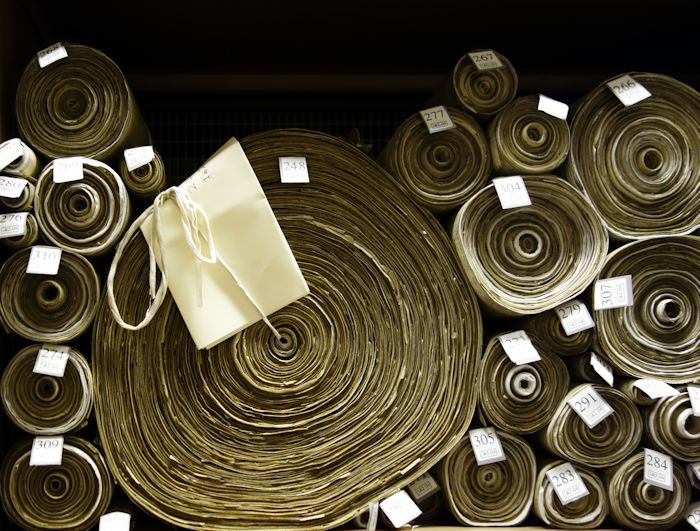 As well as the historically significant, the Archives contain many records detailing now-outdated social mores. Adrian Brown, Director of the Archives, says: “There are some pretty specific acts of parliament which, to modern eyes, may seem strange, even though they made sense at the time.”

For example, Henry VIII approved an act in 1511 that restricted the shooting of crossbows, in an effort to encourage longbow use, which was considered an important skill for defence of the kingdom. He also, along with Mary I and Elizabeth I, passed laws which regulated clothing styles, such as banning entrance to the royal court to anyone wearing shirts with “outrageous double ruffs” or hose of “monstrous and outrageous greatness” (these laws were later repealed by James I). However a 1313 statute forbidding MPs from wearing armour in parliament still stands to this day. 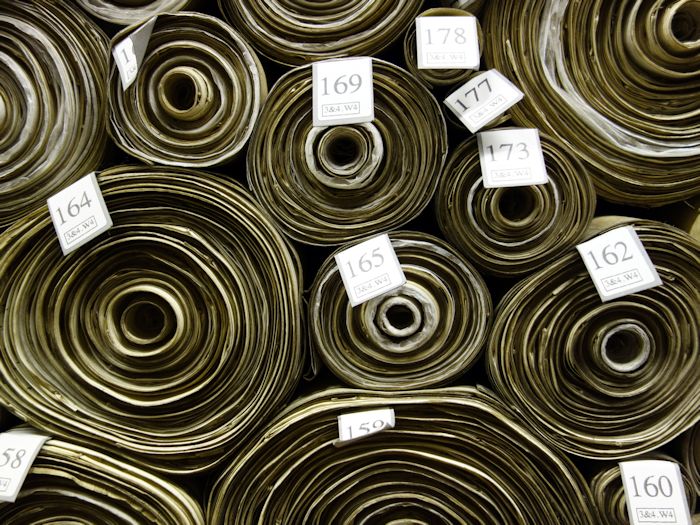 Perhaps one of the most bizarre laws that remain in force is an 1839 act forbidding the beating or shaking of any carpet, rug or mat in the jurisdiction of the Metropolitan Police, except for a doormat, but only before 8am. Other offences covered in this act include flying kites, playing annoying games such as “wilfully and wantonly disturbing people by knocking at their doors”, and sliding on ice or snow in the street.

An 1867 act made it illegal to drive cattle through the streets between 10am and 7pm, except with permission of the Commissioner of Police. Although a 13th Century local government act that provides for Freedoms of the City used to allow London freemen to drive sheep over the city’s bridges toll free, a tradition that continues symbolically once a year to this day. 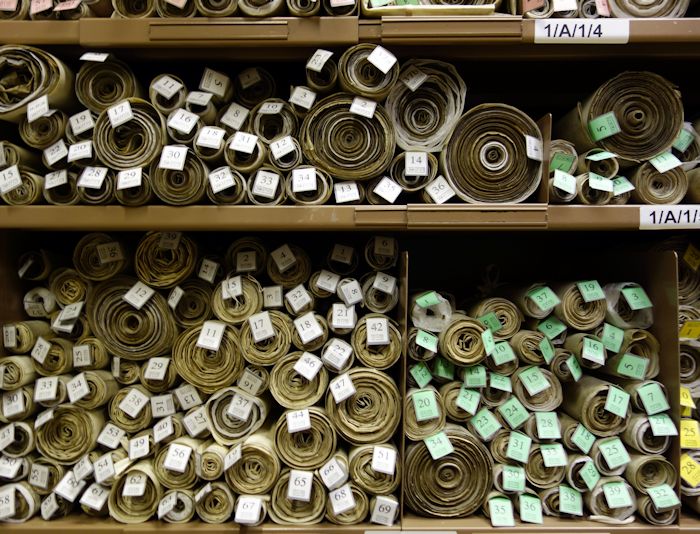 “Practically every subject under the sun, Parliament has had something to do with it. Whatever you might be interested in, we can usually find something relevant to that in the archives,” Adrian says.

“One of the most amazing things about this collection is its breadth, its longevity and continuity. And it’s still a very active and growing archive. We have records as recent as last week.”

Today, when a bill has been approved by both the House of Commons and the House of Lords and becomes an act, it is printed (rather than handwritten) onto a parchment book (rather than a scroll) and bound with a red ribbon. The act is then signed and given royal assent by the reigning monarch, making it law, and the booklet is added to the Archives. Computer printed and digital copies are made available to parliamentary staff and the public, but, Adrian says, “What makes the Archives so special is that the copy we hold is unique. It is signed and has the seal of royal assent. If you want to just see the text of the act, you can get a print out, but the copy we hold here is the original signed act. We have a complete set of signatures from all 23 reigns of monarchs from 1497 through to the present day”. 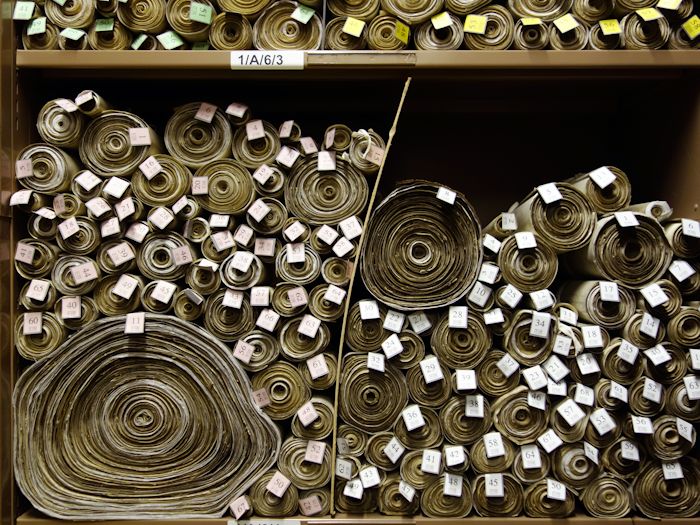