It’s a little bit Star Trek replicator and a little bit soylent green, but the concept of downloadable synthetic food is now a little bit closer to science fact than fiction.

NASA has awarded a grant to an American manufacturer to develop 3D food printing technology for use on long-duration manned space flights, such as journeys to Mars. 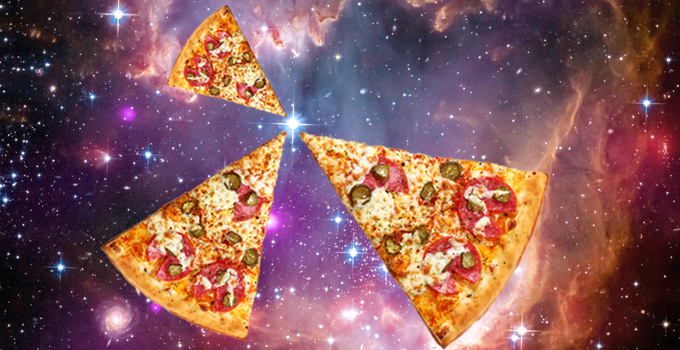 Using a prototype that dispensed chocolate, Systems and Materials Research Consultancy (SMRC), based in Austin, Texas, secured US$125,000 funding via NASA’s Small Business Innovation Research program for a six-month feasibility study into its additive manufacturing technology, or 3D food printer.

David Steitz, NASA’s senior public affairs officer, said the 3D food printing concept was selected for funding based on its ability to address issues of taste, nutrition and food shelf-life.

“As NASA ventures further into space, whether redirecting an asteroid or sending humans to Mars, we will need to make improvements in our life support systems, including how we feed our astronauts during long deep-space missions.

“NASA is funding this feasibility study on 3D printing of foods to determine the capability of this technology to enable nutrient stability and provide a variety of foods from shelf-stable ingredients, while minimizing crew time and waste.”

In its proposal to NASA, SMRC explained that its device would mix stored micro- and macronutrients into a paste to be dispensed by the printer onto a heated plate for cooking, ensuring “the production of hot and quick, nutritious and flavourful, mission supplies”. 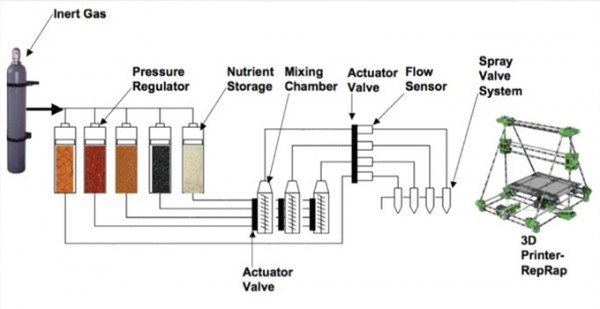 For example, using a digital recipe, pizza (a good first choice of food production given its relative flatness and the use of layers) would be made by printing a layer of dough, then ink jet printing onto it a layer of tomato-flavoured paste followed by a layer of pizza topping-flavoured protein.

But would you want to eat a mixture of synthetic nutrients and flavours replicated on digital demand?

Unfortunately, Commander Hadfield was unavailable for comment, but based on some of the videos he recorded during his months in space – in which he said the thing he missed most about food in space was smell and texture, and the thing he was most looking forward to eating upon his return was a pizza – we can be reasonably confident he would be willing to give SMRC’s 3D printed food a try.

But deep-space pizza dining is still a way off yet.

At the end of the 6-month feasibility study, only if SMRC’s design is successful will it move on to the 24-month Phase 2 development period, and after that will be reassessed for eligibility for a third phase of commercial manufacture.

However, SMRC is confident that not only will it one day be feeding astronauts en-route to other planets, but that it has the capability to feed the anticipated end-of-century 12-billion population of this planet.

“The current infrastructure of food production and supply will not be able to meet the demand of such a large (future) population,” SMRC has stated.

“By exploring and implementing technologies such as 3D printing, this may avoid food shortage, inflation, starvation, famine and even food wars.”